After coding for a while (eek, almost 20 years or so in my case, time flies when you’re having fun), one starts to embrace those habits. Because, you know…

Anything that Can Possibly Go Wrong, Does.

This is why people embrace “defensive programming”, i.e. paranoid habits that sometimes make total sense, and sometimes are rather obscure and/or clever and perhaps a bit eerie when you think of the person who wrote it. Here’s my personal list of top 10 useful, yet paranoid Java programming techniques. Let’s go:

It’s just never a bad idea to prevent the occasional NullPointerException by putting the String literal on the left side of an equals() comparison as such:

This is a no-brainer. Nothing is lost from rephrasing the expression from the less good version to the better one. If only we had true Options though, right? Different discussion…

In the early days of Java, programming must’ve been a big pain. The APIs were still very immature and you might’ve walked across a piece of code like this:

If this abstract pathname does not denote a directory, then this method returns null. Otherwise an array of strings is returned, one for each file or directory in the directory.

Yeah right. Better add another check, though, just to be sure:

Bummer! Violation of rule #5 and #6 of our 10 Subtle Best Practices when Coding Java list. So be prepared and add that null check!

This is paranoid, I know. The Javadoc of String.indexOf() clearly states that…

So, -1 can be taken for granted, right? I say nay. Consider this:

Who knows. Perhaps they’ll need ANOTHER encoding at some point in time to say, the otherString would have been contained if checked case-insensitively… Perhaps a good case for returning -2? Who knows.

(Assume this is JavaScript, but let’s be paranoid about the language as well)

Again. If you have a literal in your expression, put it to the left side. You can’t accidentally go wrong here, when you meant to add another = sign.

5. Check for null AND length

Whenever you have a collection, array, etc., make sure it’s present AND not empty.

You never know where those arrays come from. Perhaps from early JDK API?

6. All methods are final

You can tell me all you want about your open/closed principles, that’s all bollocks. I don’t trust you (to correctly extend my classes) and I don’t trust myself (to not accidentally extend my classes). Which is why everything that is not explicitly intended for subtyping (i.e. only interfaces) is strictly final. See also item #9 of our 10 Subtle Best Practices when Coding Java list.

Yes. It’s final. If that doesn’t work for you, patch it, or instrument it, or rewrite the byte code. Or send a feature request. I’m sure that your intent of overriding the above isn’t a good idea anyway.

7. All variables and parameters are final 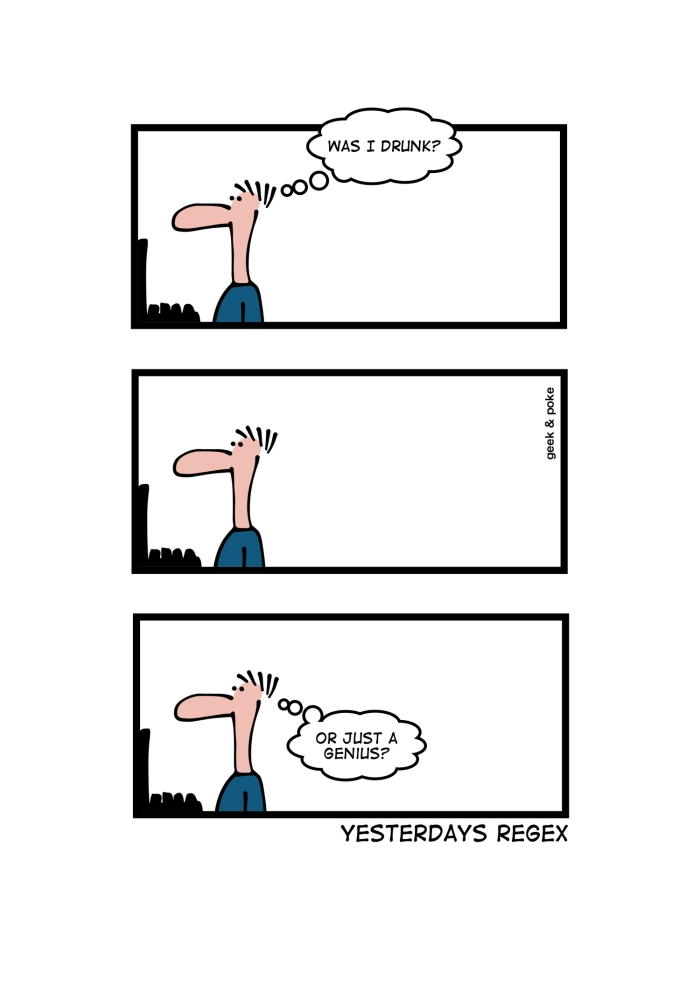 … which is why all variables and parameters are made final, too.

OK, I admit. This one, I don’t apply very often, really, although I should. I wish Java got it right like Scala, where people just type val all over the place, without even thinking about mutability – except when they need it explicitly (rarely!), via var.

Yes. It can happen. You believe you wrote that super nice API which totally rocks and is totally intuitive, and along comes some user who just raw-casts everything up to Object until the darn compiler stops bitching, and suddently they’ll link the wrong method, thinking it’s your fault (it always is).

It’s good to be paranoid.

Switch… One of those funny statements where I don’t know whether to petrify with awe or to just cry. Anyway, we’re stuck with switch, so we may as well get it right when we have to. I.e.

Because that moment where value == 3 is introduced into the software, it’ll come for sure! And don’t say enum, because it’ll happen to enums as well!

In fact, switch is the most wicked statement anyone has every allowed to get into a language while they were either drunk or lost a bet. Consider the following example:

This means that the variable final int j is defined for all the different cases, regardless if we issue a break or not. Not very intuitive. Which is why it’s always a good idea to create a new, nested scope per case statement via a simple block. (but don’t forget the break within the block!)

Paranoid programming may seem weird at times, as code often turns out to be a bit more verbose than really needed. You might think, “oh this is never gonna happen”, but as I said. After 20 years or so programming, you just don’t want to fix those stupid little unnecessary bugs anymore that exist only because the language is so old and flawed. Because you know…

What’s your most paranoid quirk in programming?

Did you enjoy this list? Have more spare time to waste on lists? We have more. Here are:

And last but not least, because we’re paranoid…

View all posts by lukaseder

This site uses Akismet to reduce spam. Learn how your comment data is processed.